Completing a remodel in a highrise presents its own unique set of challenges—from making sure not to disturb other tenants with construction noise and dust, to timing deliveries so materials and supplies don’t pile up in the limited square footage, it’s a highly coordinated ballet that requires careful planning, conscientiousness and consideration for others, and above all, a desire to go above and beyond the client’s expectations for the space. But for Aptitude, this signature mix of attention to detail and commitment to excellence is second-nature.

“This was the fourth project we’d done in a highrise, and the third project we’d done within the same exact building type,” says Aptitude’s Matt Mierek. “So just walking into the space, we already knew a lot about it—we knew the walls were a gypsum block material, so instantly we knew that running new plumbing or electrical lines would require a more specialized approach. We know the cost associated with that, so from day one, we’re able to get the client an accurate quote as opposed to someone who hasn’t worked in this building before.”

Mierek’s team stepped into the project with an advantage from the start, being well-versed in the particularities of completing a significant remodel in this type of building. “We know all the details that—while they’re not part of the buildout per se—are crucial to keep the project running smoothly.” The Aptitude team, for instance, was accustomed to keeping clear lines of communication open with the building managers to ensure the comfort and safety of other tenants during the build. As a courtesy, the team completed the entire renovation while working only 8 A.M. to 4 P.M. daily, so as not to disturb others. “We also knew, having done several of these before, that we were going to be utilizing the elevators, and that we’d need permission from the facility manager of the building about when we were expecting deliveries so the elevator can be made available to us without inconveniencing others. And we knew we needed to space out our deliveries for a project of this size, since there’s not really anywhere to store things on-site—we needed to complete the project on time, but also not have anything sitting around that we’re not using immediately,” Mierek says. The level of coordination and precision required for a project like this might be daunting to some potential clients, but Aptitude handled every detail so the clients could have a stress-free experience—which was exactly what they were looking for from their new home.

“This couple was on the verge of retirement, and wanted to move somewhere that they could enjoy the city but wouldn’t have to take care of much day-to-day maintenance on the space,” Mierek explains. But the scope of the project itself was large, and many changes needed to be made to transform the Clayton highrise into a space where the couple could host friends and family and enjoy their retirement the way they imagined.

“We redid the entire space,” says Mierek. “Flooring, trim, doors, the kitchen, the dining room, the family room, the built-ins and fireplace, both bathrooms….everything was gutted and replaced with new fixtures.” For such a comprehensive remodel, Aptitude’s architect dictated the new floorplan and brought additional design expertise to the remodel. “Our first plan of attack after getting our architect involved with the floorplan was to bring in kitchen and bath designers so we could ensure the space was laid out in a more usable configuration than before. We started picking out finishes with the couple—cabinet finishes, tiles, different designs for the bathroom and kitchen, and a flooring color for the wood floors that run throughout the unit.” Mierek has worked with many kitchen and bath designers over the years, but finding the right experts for the job sometimes takes time—and now that he’s found them, the relationship is one he leverages for all his clients. “It’s all about finding people who are experts in their particular niche in the industry, whether it be cabinets or tile or something else,” he says.

The resulting space is breathtaking—and a far cry from its former state. “For this project, the design was probably the biggest challenge because we were dealing with a blank slate—and that can be very overwhelming for a client if they don’t have someone to guide them along the way,” Mierek says. “So we’ve intentionally built our team with people who are there to help them find something they can love for the long haul.”

But perhaps Mierek’s favorite detail is the new living room, which is replete with handsome built-in shelving—a spur-of-the-moment idea that really lends an air of elegance to the home. “The two side bookcases were actually already there,” he says, ”and there was a blank space between them. I came up with the idea to put an electric fireplace in there, so we custom-built everything around the fireplace and designed it to look like it’s always been there.” This accent adds a sense of history and character to the home. “It’s a detail that that many people might not notice, but that’s a good thing, because it makes it look like it was part of the original design.” 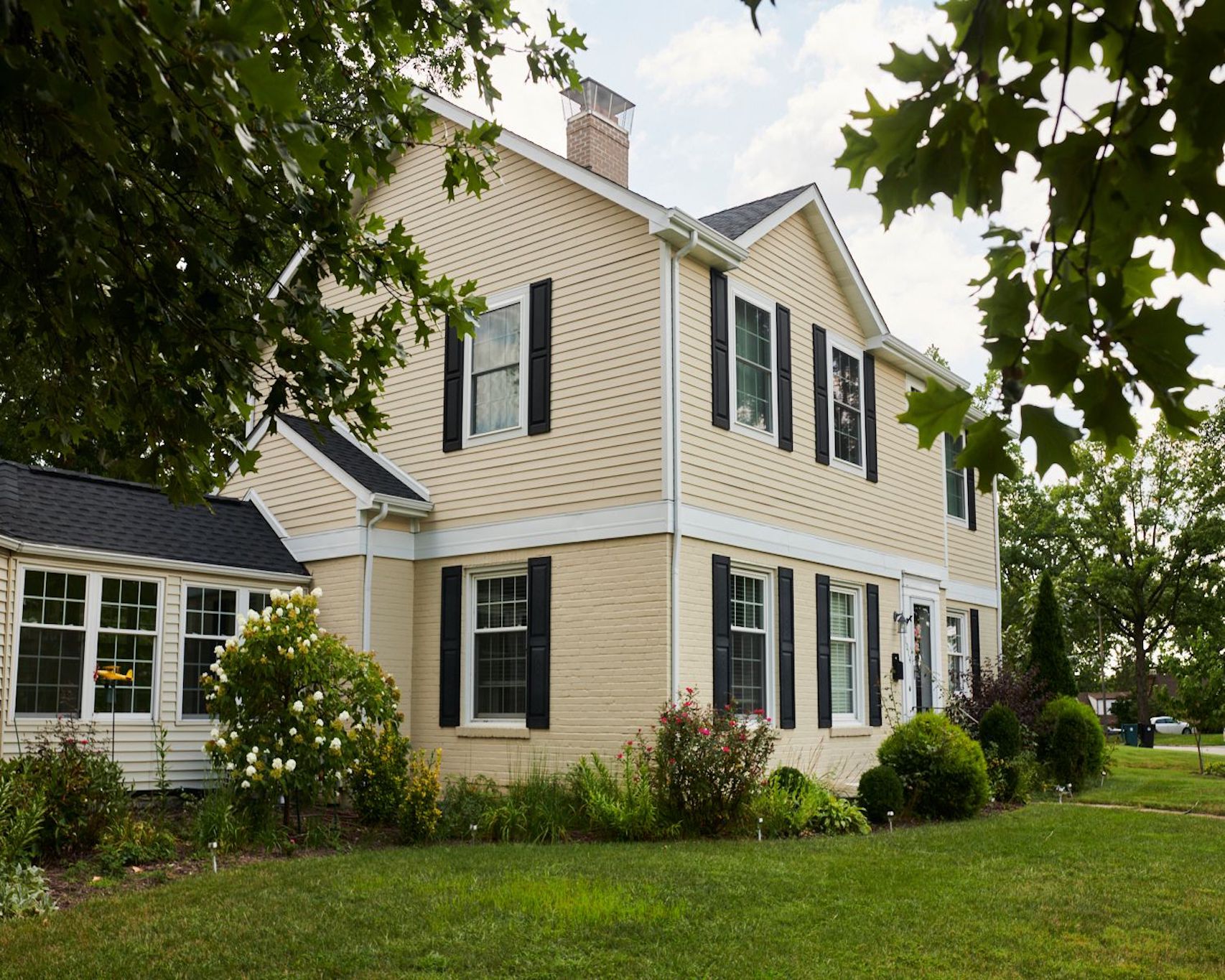