When Aptitude clients Matt and Becky Holt were originally looking to renovate the large unfinished basement of their home in Wildwood, Missouri, they were confronted with the unfortunate reality that finding a good contractor isn’t the easiest process. “Other construction companies seemed to be really overwhelmed by what we wanted, and we didn’t have confidence that it would happen quickly,” says Becky.

Once they met with Matt and the Aptitude team, the couple came away with renewed confidence that the basement project would be completed per their standards and on time. Alongside beautiful, homey touches, like the classy new bar and guest bedroom, the Holts spend lots of time with family and friends in their new basement, crafted by one of St. Louis’ best general contractors, if we do say so ourselves.

Keep reading to learn more from our conversation with Becky Holt about what it’s like to work with us.

What set Aptitude apart from other contractors you were considering?

One thing I liked right from the beginning was his professionalism. The basement is really large—over 1,000 square feet—and we knew it was going to be a big project. Aptitude seemed really well-suited to take it on, and they were able to finish everything in five months. They were here almost every day working on it.

Once you decided to move forward with Aptitude, how did you decide on further specifics about the project?

It’s funny you ask, because when we started having those initial conversations with Matt, we kept asking him to add things on as we walked through. We were like, “Do you do stairs?” and “Could you add a banister here, flooring in the kitchen and finish the first-floor office as well?” We had a general idea of what we were looking for, but it was helpful to have feedback and input from a team like Aptitude, who all have so much experience. We also worked with an architect before Aptitude came in, so we had an idea of how we wanted everything situated.

How would you describe the process of working with Matt and Aptitude?

I’d say it was very collaborative. Matt is very easy to talk to, and he really took the time to understand what we wanted. In response to just about everything we asked for, he said, “Sure, we can make that work.” With the bar, for example, we went back and forth about the size and where to put the sink—things like that. I asked if he could come over to talk it out in person when my husband would be home after work and we could discuss everything together. He came the next day, and we were able to come up with a solution that worked for all of us. It was a very smooth, easy process, which is not always the case with contractors.

All of Matt’s employees who came and worked on the project were also really great. They were so respectful and easy to be around—they’d greet my dog and our kids when they came in. That was something we really appreciated, especially from people who spend that much time in your home. When it was finished, we threw a party and had everyone over who’d worked on the project to show our appreciation, which was a lot of fun.

How do you feel about the space now that everything’s finished?

We absolutely love it! Everyone who’s seen it has been so complimentary, and impressed by how well it turned out. It was definitely a process, because it was a large project and there were a lot of moving parts—not to mention time and money. But my husband and I both agree that it was so worth it: the painted bannisters, the spindles, the whole look of the space—it just turned out beautifully. We’re really grateful to have a space in our home that we’re proud of and where we really enjoy spending time with friends and family. 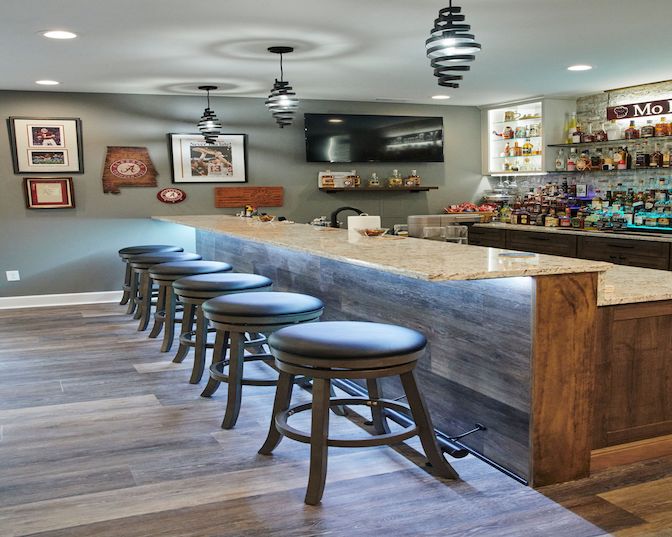 Basement Built Out For Aging Parent To Move In 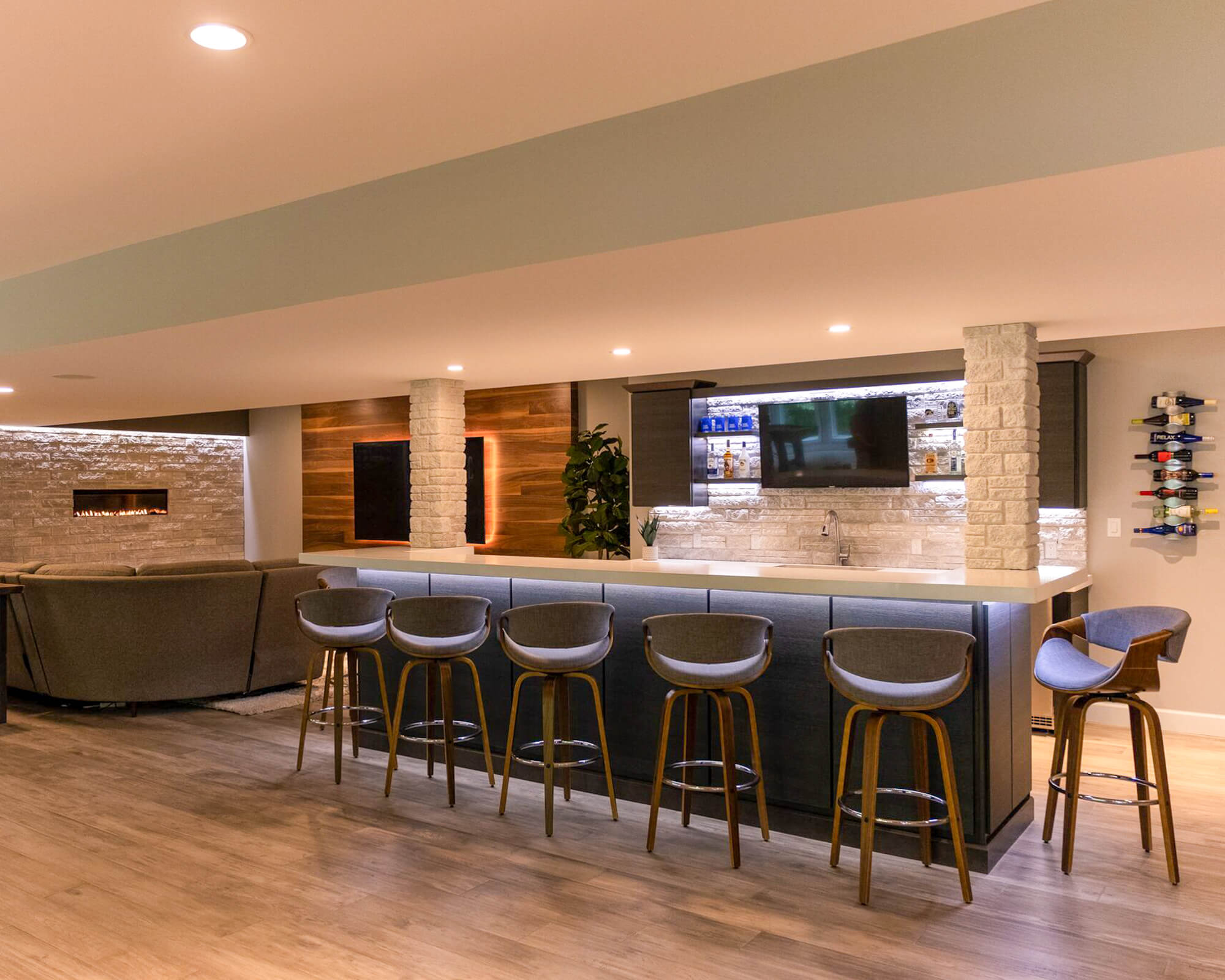 A Renovation with a Top St. Louis Contractor