Basement Built Out For Aging Parent To Move In

The Moore family had a few goals with this basement remodel. First, they wanted to create an apartment to make room for their aging parent who was moving in. They wanted a master bedroom, master bathroom, and a full kitchen to create a living space. Second, the family loves to entertain so they wanted a nice bar with interesting elements that would create the perfect ambiance for entertaining.

The first step with a project like this is prioritizing. The most important elements were the master bedroom, master bathroom and full kitchen, so the Aptitude team started there. They asked the Moore’s how big they wanted each of these elements to be so that the priority spaces could be filled in first. Then they looked at existing plumbing to determine where everything should go. Next, they moved on from the “needs” to the “wants” which included a bourbon room, entertainment area, and large bar. The group determined that the kitchen didn’t need to be the focal point, but the bar and memorabilia area did, which helped to guide the layout. One of Aptitude’s strengths is founder Matt’s ability to help everyone see the end space before architecture drawings even begin.

One obstacle was a small space that they didn’t really have a plan for and it was limited by its size. Matt saw their big bourbon collection and came up with the idea to do a bourbon room, which gave the whole basement a really fun and unique entertainment element.

Some of the elements the Aptitude Design and Build team was most excited about was the solution in the display area of dealing with all of the ductwork and pipes. Instead of making the ceiling completely flat, the Aptitude Design and Build team recessed the area adding depth and dimension to the room. Additionally, they added LED lighting under the bar and around signage, which was a simple and inexpensive element that really made these features pop. They also added wavy tile porcelain on the sidewalls and 1x1 marble in the bathroom's shower base to add different textures and visual interest. It’s these details that the Aptitude team really thinks through to add unique elements to every space they work on. 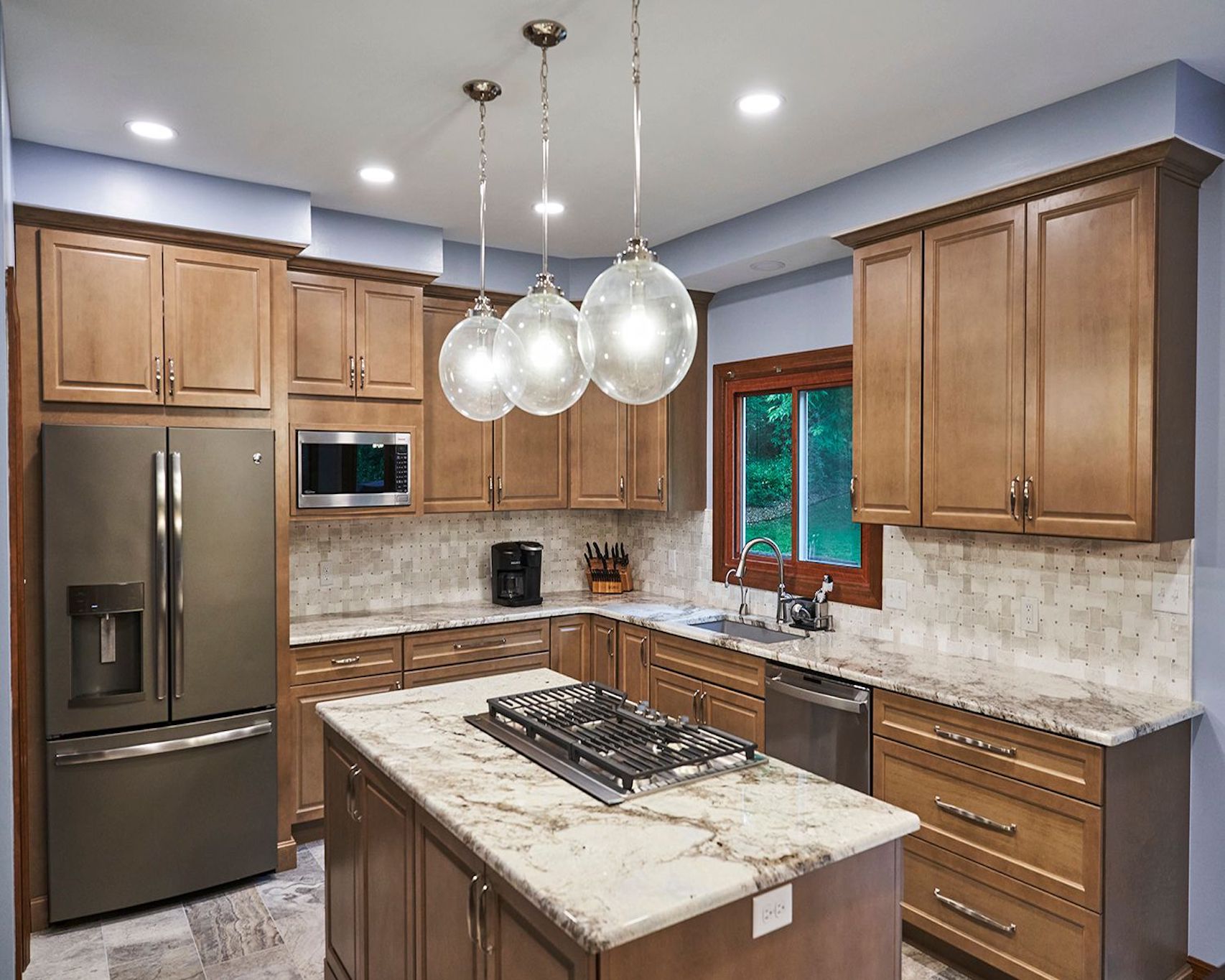